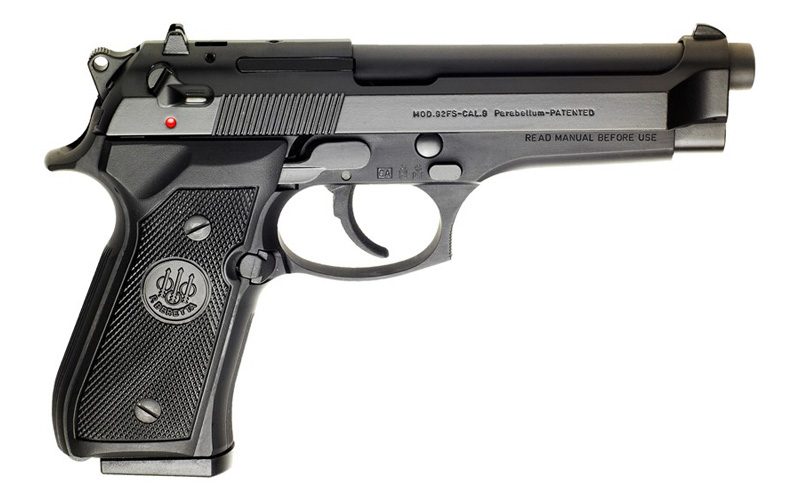 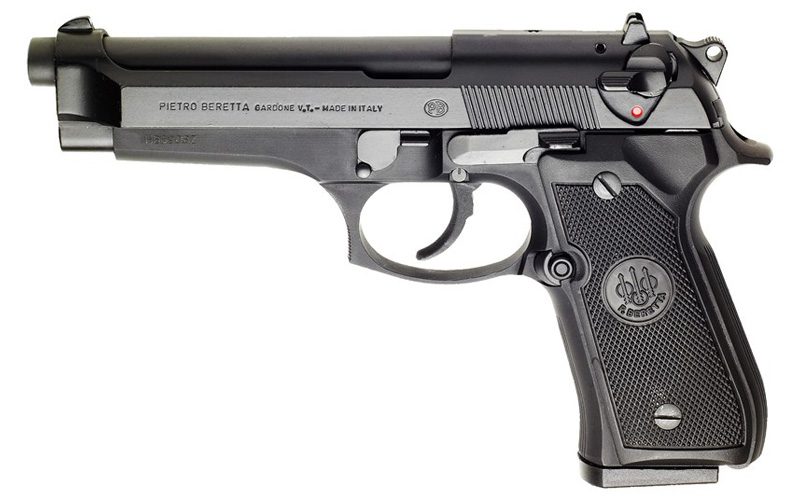 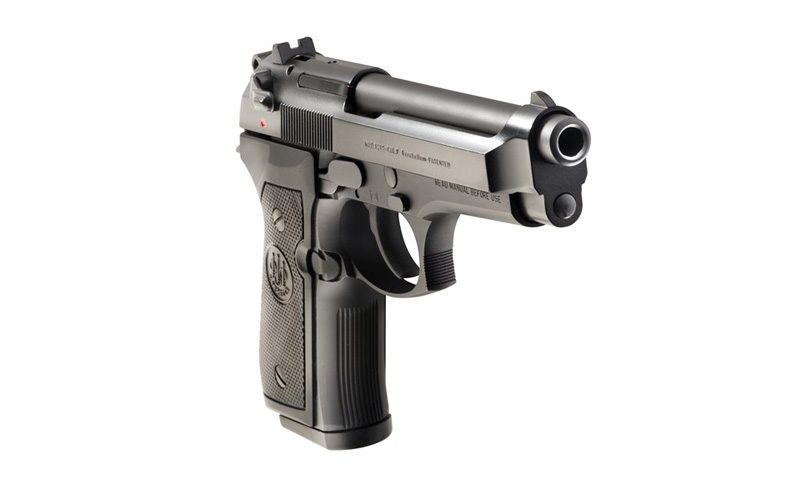 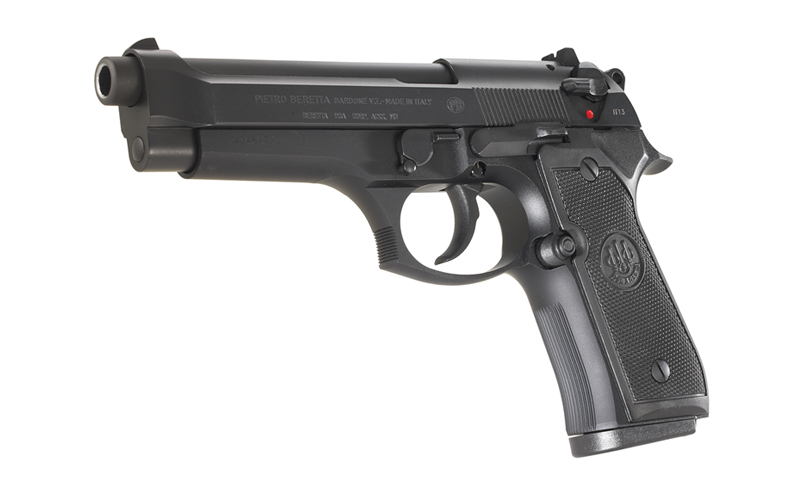 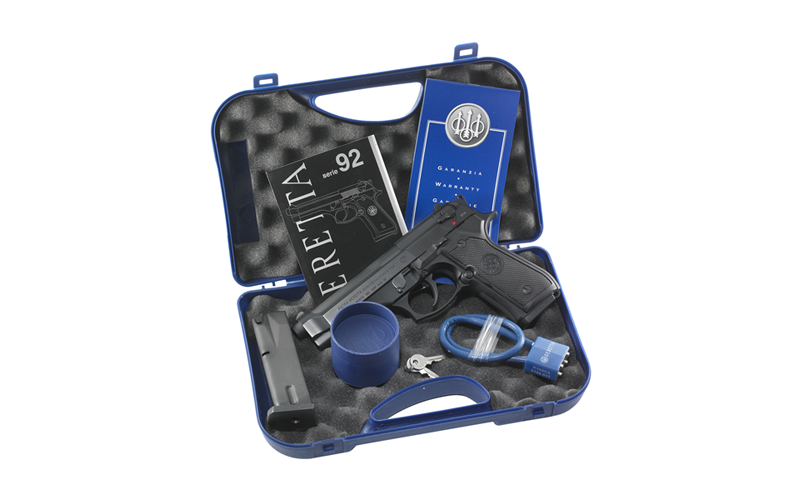 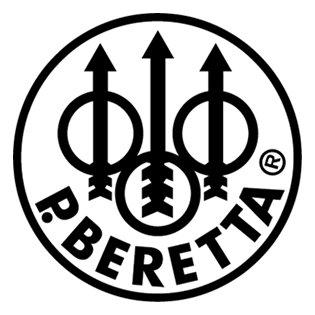 The World’s Most Trusted Military and Police Pistol
The Beretta 92FS has been setting the standards for best military, police and tactical pistol for over a quarter century. The reason is that it was designed–and has kept evolving–to be and remain the most accurate, durable and reliable semiauto handgun on the market. Easy to use, absolutely safe and delivering impressive firepower, it remains the sidearm of the US military and of allied forces the world over, as well as of countless police and law-enforcement agencies.

Superior Reliability
The 92FS is a double/single-action semiauto pistol that employs an open-slide, short-recoil delayed locking-block system, which yields a faster cycle time and delivers exceptional accuracy and reliability. In particular, the open-slide design practically eliminates “stove-piping” and helps flawless cycling and feeding even after thousands and thousands of rounds. The recently-renewed contract with the US military speaks clear: when it comes to dependability even in some of the world’s most extreme conditions, the Beretta 92FS still has no match. Period.

Match-Grade Accuracy out of the Box
Regardless of the wonderful reputation it may have, the true test for a tactical pistol’s worth is at the shooting range. The 92FS consistently bests the US military requirement of a 10-shot group of 3” or less at 50 meters (just short of 55 yards). While this type of match-grade accuracy is impressive, it is no magic. At Beretta, we know that absolutely precise tolerances keep performance consistent shot after shot—which not only gives the 92FS its extraordinary accuracy, but it makes all factory parts interchangeable within the same model. Couple this to the ability to reliably feed every variety of commercial ammunition, and it is easy to understand why the 92FS remains the best pistol in its class.

Packed with Useful Tactical Features
This pistol offers a variety of tactical features that make it equally safe, easy to use and dependable in the holster of military personnel as well as for home or personal defense. Its reversible magazine release lets you use either hand for tactical magazine changes, while its ambidextrous safety-decocker makes it flexible for right- or left-handed persons or for shooters trying out different gripping or shooting styles. Its Bruniton finish is highly resistant to sweat and corrosion, and after shooting, a tool-free disassembly latch makes it a snap to take the pistol apart for cleaning. These and countless other useful features make the 92FS the choice of military and police professionals all over the world, as well as individuals wanting the absolute best for sport or self-protection.